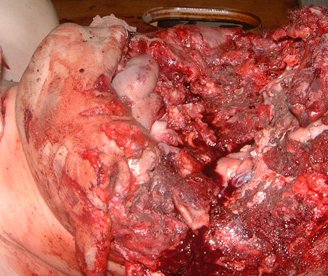 A market economy is a tool — a valuable and effective tool — for organizing productive activity. A market society is a way of life in which market values seep into every aspect of human endeavour. It’s a place where social relations are made over in the image of the market.

Americans have a superstition, backed by law, that the bodies of Americans killed in war or their coffins must not be photographed. Oddly, the superstition does not apply to those they have killed. I see this law as a way to deceive the American people about the human costs of illegal wars. As a Canadian, the law does not apply to me. I feel a duty to punch Americans in the gut with such photos to persuade them to stop treating war as a football game.
~ Roedy (1948-02-04 age:70)

These photos show the tip of the iceberg of the suffering of both Americans and Iraqis in the Iraq war. This is considered collateral damage in a $13.5 trillion oil heist of the #2 oil reserves on the planet, callously masquerading as a compassionate regime change. The occupation and slaughter carries on without an official reason now that Saddam is captured. That the Iraqis resist occupation now seems justification enough for Bush. It may sound strange, but to Bush, the following images are erotically stimulating. Note I am not saying who in particular caused any of these injuries, just that this is the sort of suffering happening to both sides as the result of the war.

Most Americans are in deep denial that their country would butcher children and civilians, routinely torture, or bomb homes. Yet nearly every American saw this live on CNN (Cable News Network) with his own eyes on 2003-03-20 when America did its Shock & Awe bombing of the residential sections of Baghdad on the opening day of the war. Granted, they did not see the blood spurting, but they saw apartments full of families being turned to rubble. Everyone knows perfectly well what happens when a bomb hits an apartment. Americans pretend the $2 trillion they borrowed for the war went for reconstruction. If that were so, every Iraqi would be living in a mansion. That money clearly went for mayhem and destruction. Soldiers are trained and paid to kill, not build schools or hand out candy. America has behaved worse than Nazi Germany. Americans plug their ears and say lah lah lah as if that would erase their responsibility. How dare they claim to be a Christian nation!

Many Americans have written me convinced none of the casualties in the photos below could not possibly have been done by Americans. They seem to think American soldiers are in Iraq to act as police rather than killers. Consider. Iraqis have only IEDs (Improvised Explosive Devices) IED (Improvised Explosive Device) s) to fight with. Whereas only American have helicopters to drop people out of, white phosphorus to mummify them, napalm to cook them to a crisp, cluster bombs to shread them, DU (Depleted Uranium) etc. So if you see a white phosphorus victim, nobody but Americans could have done it.

The pentagon has been shutting down websites that show pictures and assassinating the newspeople that create them. I would advise collecting them and passing them around by email, since that is harder for the Pentagon to stop. The Daily Mirror in Britain bravely left one of their stories in place all XXed out instead of just removing it into Orwellian oblivioun when censored.

There are suprisingly few pictures of the damage or the casualties of Gulf War I or the sanction bombings. Bush Sr. exercised strict censorship. Please pass on URLs (Uniform Resource Locators) of any photos that speak to the heart.

My opponents argue that I can’t prove precisely who was responsible for the carnage in any individual photo. My intent is not a criminal investigation of each incident but to show you just how horrible war in general is. It is no secret the USA has spent $300 billion on waging its war in Iraq, that it attacked unprovoked under false pretences and that it used weapons banned by the U.N., including napalm, cluster bombs, depleted uranium and white phosphorus. It also uses torture, rape and attack dogs on children. The pictures on and linked to by my website don’t come even close to depicting the true hell president Bush has created in his bid to takeover Iraq’s oil.

You might wonder why there are not more pictures of American casualties. There are four reason for this:

Americans are as deeply in denial to their wrongdoing as Nazis were. They imagine that America spent three trillion dollars ($120,000.00 per Iraqi man, woman and child (in a country with an average monthly wage of $5) to create grief for Iraqis, all without killing any non-combatants. What nonsense! Sgt. Frank Wuterich (accused of murdering 24 civilians) explained in a 60 Minutes interview that the policy is to kill anyone who shows hostile intent That would include a child throwing rocks or old women screaming obscenities. That would include anyone who did not lie on the ground in submission — something the non-English speaking Iraqis are supposed to automatically understand. He said that he and his men threw grenades into houses, without doing any checks first to see if there was anynone there who was a combatant. Their belief is the only good Iraqis is a dead Iraqi, that Iraqi civilians are worthless scum, so it is perfectly acceptable to kill children on the off chance they might kill a resistance fighter in the process. The American soldiers have lower morality than the Nazis in this regard.

Freedom is always just one generation away from extinction. We don’t pass it to our children in the bloodstream. We have to fight for it and protect it and then hand it to them, so that they shall do the same, or we’re going to find ourselves spending our sunset years telling our children and our children’s children, about a time in America, back in the day, when men and women were free.