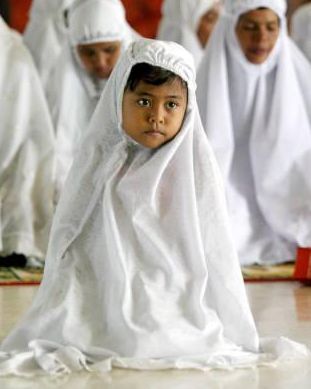 The Muslims Will Kill Us All!

The Muslims are Coming to Kill Us All

I get letters and phone calls from Americans who, with a straight face tell me it is necessary to kill all the Muslims in the middle east before they kill us all, especially the children.

I point out six things:

The crusades in the middle ages were fueled by a similar irrational hatred of Muslims. Americans are reacting not to real Muslims, but to propaganda stereotypes of Muslims. I personally know dozens of Muslims. They are no more terrifying than Yahweh’s witnesses. Back in the ’90s two of my employees embezzled so much money I had shut down my computer manufacturing business. A Muslim man, Nabil, heard of my predicament and volunteered to help me do all the work of shutting down. I was very suspicious at the time, hurt as much by the betrayal of trust by people I considered my friends as by the loss of my life savings. Nabil helped me through a very black part of my life, out of a religious sense of doing what was right. I had no money to pay him. He had a little rug for prayers.

Americans afraid of Muslims are like a child with a machine gun blasting away at imaginary monsters under the bed.

I am amazed at how many clinically paranoid Americans there are. I am sick to the teeth of them. I am to the point I wish some hideous fate would befall them to wipe them off the face of the earth. I have run out of patience. Cowardice combined with wilful ignorance is driving Americans to behave in a brutal and insane way.