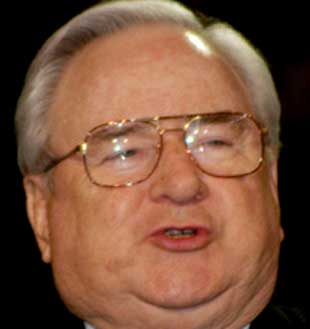 With God On Our Side

It deeply bothers me when the USA illegally invades other countries, blindly kills children and combatants alike with high explosives, uses hideous banned weapons such as white phosphorous and routinely tortures all P.O.W.s. It is infuriating when Americans refuse to acknowledge what they are doing is illegal. But what drives me to spluttering white hot fury is when Americans try to portray their war crimes as noble deeds, done for the benefit of those they victimise, or done to protect their own freedoms. Americans outrageously lie and portray the resistance trying to oust the illegal American occupation as terrorists or rebels. The people American soldiers are slaughtering represent the legitimate government, not the Americans or the American installed puppet provisional governments in Iraq or Afghanistan.

Americans did nothing for the people of Darfur even though the case for humanitarian intervention was 100 times bigger than for Iraq. Why? It is obvious to everyone but self-deceiving Americans — Sudan has hardly any oil comparing with Iraq. If it wasn’t about oil, why did the Americans withdraw from the cities of Iraqi on the very day they put the entire Iraqi oil resource up for auction to American and European oil companies?

There is no way the resistance could hold the Americans at bay if they did not have the support of the majority of the people. Americans totally overwhelm them in firepower, technology and budget. Pointing out how unpalatable Islam is for Americans is no excuse to kill people in Iraq or Afghanistan where nearly everyone is Muslim and where religion and government are integrated. Even the US puppet governments enforce Shari’a, Islamic religious law — beating women with uncovered heads etc. One of the fundamental constitutional principles of the USA is that everyone gets to chose his own religion to matter how idiotic it appears to others. Surely that principle applies to allowing people in the middle east to stick with Islam.

With God On Our Side

If you lived through the 60s, you will remember this song, sung by both Bob Dylan and Joan Baez.

Oh my name it is nothin’
My age it means less
The country I come from
Is called the Midwest
I’s taught and brought up there
The laws to abide
And that land that I live in
Has God on its side.
Oh the history books tell it
They tell it so well
The cavalries charged
The Indians fell
The cavalries charged
The Indians died
Oh the country was young
With God on its side.
Oh the Spanish-American
War had its day
And the Civil War too
Was soon laid away
And the names of the heroes
I’s made to memorize
With guns in their hands
And God on their side.
Oh the First World War, boys
It closed out its fate
The reason for fighting
I never got straight
But I learned to accept it
Accept it with pride
For you don’t count the dead
When God’s on your side.
When the Second World War
Came to an end
We forgave the Germans
And we were friends
Though they murdered six million
In the ovens they fried
The Germans now too
Have God on their side.
I’ve learned to hate Russians
All through my whole life
If another war starts
It’s them we must fight
To hate them and fear them
To run and to hide
And accept it all bravely
With God on my side.
But now we got weapons
Of the chemical dust
If fire them we’re forced to
Then fire them we must
One push of the button
And a shot the world wide
And you never ask questions
When God’s on your side.
In a many dark hour
I’ve been thinkin’ about this
That Jesus Christ
Was betrayed by a kiss
But I can’t think for you
You’ll have to decide
Whether Judas Iscariot
Had God on his side.
So now as I’m leavin’
I’m weary as Hell
The confusion I’m feelin’
Ain’t no tongue can tell
The words fill my head
And fall to the floor
If God’s on our side
He’ll stop the next war.
~ Bob Dylan