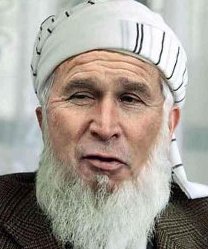 Because I do it with one small ship, I am called a terrorist. You do it with a whole fleet and are called an emperor.
~ A pirate from St. Augustine’s City of God circa 410 AD.

The word terrorist is so loaded with negative connotations that many Americans have used it very loosely to tar their enemies, e.g.:

Bill O’Reilly and Rush Limbaugh have made such effective use of the terrorist smear tactic, that I doubt people in general will be much interested in using the term terrorist precisely. However, it does have a clear meaning.

Any action constitutes terrorism if it is intended to cause death or serious bodily harm to civilians or non-combatants with the purpose of intimidating a population or compelling a Government or an international organization to do or abstain from doing any act.
~ Kofi Annan (1938-04-08 age:80) secretary general of the United Nations

Terrorism: the unlawful use of force against persons or property to intimidate or coerce a government, the civilian population or any segment thereof, in the furtherance of political or social objectives This definition includes three elements: FBI

Here is how terrorism is defined in US law:

In short terrorists are people who kill civilians to browbeat them into changing their politics.

Note there are no execeptions to being considered terrorism when white Christians kill Muslims, when Americans kill Iraqis or when god-fearing people kill evil-doers, or when the people killed hated the killers.

So Are the Americans In Iraq Terrorists?

Americans have killed over 100,000 civilians, mostly children in Iraq. This is the only peer-reviewed scientific statistic of the war. Politicians have denied it, but the figure still stands. As science, it cannot be easily dismissed.

That makes them terrorists, whether you approve of that action or not. This makes the American soldiers in Iraq international war criminals and also criminals under American law. Had Hitler won WWII (World War II), prosecuting he Nazis would have been much delayed. Similarly, since America is so militarily powerful, it will be hard effect mass prosecution. Only a few lesser lights who stray outside the protection of the USA will be nailed to start. Germany has already started prosecuting. Consider that some Nazis were not prosecuted until they were in their 90s. The political balance of power could change substantially over the next 70 years. American involved in the terrorism cannot count on perpetual protection.

Iraqis have killed American soldiers in Iraq. They are not terrorists. Killing soldiers is ordinary warfare, not terrorism. You can argue that killing in defence of their own country is wrong by Christian morality, but it is still not terrorism.

Iraqis have killed mercenaries and various support people in Iraq. All of these people were present in Iraq to support the invasion and occupation. There were not bystander civilians. They are aiding and abetting the terrorism against the Iraqi people and are thus also international war criminals. Killing them does not count as terrorism. It is ordinary resistance warfare. It has nothing to do with whether you support or condone such killing. It is simply a matter of the definition of terrorism.

I have received emails from many Americans utterly convinced that Americans have killed no civilians in Iraq. If anyone did it, in their view, it must have been someone else. Americans are Boy Scouts, the good guys. They could not possibly have done such a thing. Any evidence to the contrary must be lies. Any photos of the alleged evil deeds must be fakes. That does not pass the laugh test. Consider: