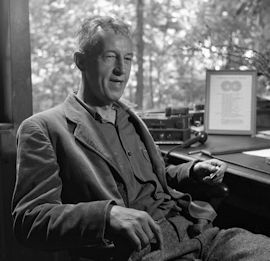 The image in the top left corner is Bill W. cofounder of AA.

Christians cite AA as evidence of Yahweh’s existence because he reliably cures alcoholics. Lots of people show up on AA ’s door step who cannot stomach the notion of god. AA cheerily tells them to use anything they want as their higher power, even a tree. It will work just fine. It works by creating a less cocky over-confident attitude, not by divine intervention. The real secret is the endless meetings where people can socialise, tell stories about getting drunk, smoke, drink coffee and eat cheap sugary cakes without the temptation of alcohol.

Americans tell me they are killing people in Iraq because if they don’t kill them there, they will have to fight them back in America. America attacked Iraq in the Gulf war, in the sanction bombings and in the Iraq war. Never in all that time did Iraqis attack American civilians, just the soldiers illegally invading their country. The Americans killed about 3 million Iraqis. Thus the Iraqis have plenty of justification for levelling the USA. Americans must take responsibility for creating that revenge motive through their unconscionable treatment of the Iraqis, including torture, rape, murder and deaths too hideous to describe. Americans attacked first, unprovoked and illegally. Even Bush said Iraq had nothing to do with 2001-09-11. Americans use this phony fear excuse to cover for the real motive for the war, that everyone but the Americans acknowledges, theft of the Iraqi oil reserves. The American excuse is as preposterous as a mugger who stole money then beat his unarmed victims to a pulp killing them, then claiming self-defence.

Christians tell us they have no evidence that Yahweh exists or that the teachings of the church are true. We must take them on faith. Doing this without question is a highly wise and virtuous thing to do. If you must accept god by faith, then surely accepting other things by faith is a good idea too like: holocaust deniers, climate change deniers, flat earthers, homeopathy, anti-vaxers, Christian Scientists, Bernie Madoff, Donald Trump, cold fusion, perpetual motion machines, cars that run on water, eternal life… Maybe the same reason faith/gullibility is not a good idea in the real world is the same reason you should not be so gullible about religion and taking on faith whatever the Christian salesmen tell you. It is the nature of all con men (religious or secular) to talk you into having faith and to act huffy when you doubt them.

Please feel free to use any of the quotations or public service ads on the mindprod.com site on your own website, blog or social media page.