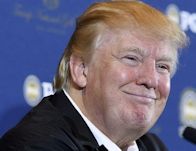 There have been so many reports of Donald Trump’s sexual assaults, it is hard to keep track of them all. Here is a summary. As of 2017-11-17 there are 21 accusers. There’s no federal statute of limitations for sexual assault, though varied state law would apply in most cases.

In addition, 20 members of the cast of The Apprentice complained of Mr. Trump’s sexist and lewd behaviour. Also a number of contestants at Miss Teen USA complained about him ogling them while they were naked. Trump confessed to doing this on the Howard Stern show. How did Trump get away with wandering around a change room full of naked teens? He explained it himself. He owned the pageant. He had the power. He could do whatever he wanted. No one dared stop him.

For details, Google the names of the various accusers.

Trump’s defence was that all these women were too ugly for him to sexually assault. That sounds like something a Mafia don would say. But of course, that is a lie. These assaults occurred when the women were young and pretty. They have the photos to prove it.

I did not believe Bill Cosby’s accusers either until there was an overwhelming number of them.

Trump has publicly defended rape and sexual assault over the decades.

Unfortunately, most Trump supporters will never hear these women speak for themselves. All they will hear is Trump on FOX mocking the accusations.

Melania, his wife, offered the defence that Billy Bush egged Trump on to brag about sexual assault. The catch is Trump did all the talking. All Billy did was giggle and repeat one of Trump’s sentences as if to say No kidding?.

The Trump surrogates try to confuse the issue by making it sound that the problem is just that Trump used a crude term pussy or that he philandered. That is not the problem. Trump confessed to multiple felonies. Trump confessed to being unable to control himself from routinely committing sexual assaults. Imagine Trump, as president, in the Kremlin, raping women left and right while Putin films it all for blackmail. Trump’s testicles would make diplomacy impossible.

The Trump surrogates try to equate Trump’s non-consenting sexual assaults with Bill Clinton’s consenting adulteries. The first is illegal. The second is legal. Further Bill Clinton is not running for president. His failings are not Hillary’s.

Trump said these accusations are impossible because so many of them occurred in public or where they could be interrupted. Trump is an exhibitionist. He gets off on getting away with sexual improprieties in public. Listen to him talk about how he got away with barging into the Miss Teen America dressing rooms. It is a way of demonstrating his power. No one is going to interrupt him because he is a godfather with a reputation for revenge on anyone who crosses him.

In his Gettysburg speech, Trump threatened to sue all of these women and called them all liars. Suing would be a foolish thing to do. He would have to testify under oath. There would be hundreds of witnesses. The court would pry into every corner of his life. The legal fees would be quite expensive. In addition, many of the women would counter sue for libel. He would have to juggle dozens of simultaneous court cases. Even one court case is overwhelming. He would not be able to attend to his businesses. Win or lose, his brand would be badly tarnished from all the bad publicity. Trump is a celebrity and he likes to shoot from the lip. Tapes will surface with him saying all manner of embarrassing things, similar to the Access Hollywood tape. Trump is quite unpopular with women. Women on a jury would award maximal damages to the accusers. Trump has a long-standing habit of threatening to sue, then not carrying through. I am pretty sure that is what he will do yet again.

I’ll go backstage before a show and everyone’s getting dressed and ready and everything else. And I’m allowed to go in because I’m the owner of the pageant and therefore I’m inspecting it. They are standing there with no clothes. Is everybody ok? And you see these incredible looking women. And so I sort of get away with things like that.

Trump has denied knowing any of the women, but that is a proven lie. One victim was a businesess partner. One was on the Apprentice. One was a beauty contestant. One was a receptionist he walked past every day… Trump and the each of the women should each be presumed to be telling the truth. Trump wants you to presume he is truthful and everyone else is not, simply because he is the president. That’s the way Muslims think — where women’s testimony is discounted. Actually, Muslims are more enlightend than Trump. In a Sharia count, the testimony of a woman is worth ½ a man.

Stormy Daniels née Stephanie Clifford is a porn star. She had a year long affair with Trump shortly after the birth of his son Barron in 2006. Trump’s lawyer, Michael Cohen, made the ridiculous claim he paid $130,000 in hush money to Stormy by mortgaging his house, without telling Trump. Trump later sued her for $25 million for spilling the beans. Stormy’s lawyer said the NDA (Nondisclosure Agreement) she signed is void because Trump did not sign it. Stormy does not allege sexual assault. However, she repeatedly whacked his bum with a magasine with this picture on the cover. He chased her around the room in his tighty whities. He (or possibly his agents) threatened her with violence if she talked. She is seeking release from the NDA. Before the NDA took effect, Stormy did a blow-by blow interview with In Touch magasine but not that salacious.

Karen McDougal is a former Playboy Playmate. She had a 10-month affair with Donald Trump in 2016. He paid her $150,000 in hush money. She says Trump (with collusion from her lawyer) tricked her into signing the NDA thinking it was actually an entertainment contract. She is seeking release from the NDA.

I am astounded these beautiful women would have sex with such a hideous old troll as Donald Trump. He must have showered them with millions of dollars worth of benefits.