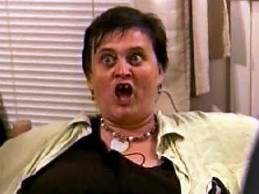 This essay considers the question how can you ethically deprogram Christians, free them of their delusional ideas that make them behave so badly. I don’t particularly care what they believe, just what they do. However, their anti-social behaviour is generated by their delusions, so at least some of those delusions are going to have to go if Christians are to become co-operative citizens.

These are the behaviours I would like to discourage in Christians: in descending order of importance:

These reforms apply mostly to Christians, but, of course, any changes in law would not single them out.

By far the most toxic belief is that Christians consider themselves God’s Chosen People. This notion is as racist and as repulsive as Hitler’s notion of master race. Subscribing the this toxic doctrine is like having a KKK (Klu Klux Klan) sheet in your closet and being proud of it. Christians see themselves having a right to impose their revolting religion on others.

American Christians believe that the USA is God’s Chosen Country This gives America the right to attack any country it please, even when it did not attack first or present any threat. American has the right to strip it of its resources. It calls anyone who opposes them a terrorist.

Christians are so conceited they imagine the rules that apply to everyone else do not apply to them. They impose their religion on others, but when someone else so much as erects a mosque, Christian vigilantes attack.

They believe you cannot die. This means you are not really doing anyone harm by killing them and no one can really kill you. Christians have no natural aversion to murder and war. To them, life is like a video game where being killed does not mean game over. Get these lunatics away from me.

They believe in ghosts called souls. These ghosts possess the fertilised egg and leave at death. This superstition is at the heart of the Christian abortion position.

The god Yahweh owns all the souls and bodies in the same sense a plantation owner owns slaves. It is wicked to even think about rebellion. Christians believe they have the right to torture non-Christians as they are dying to keep them from committing suicide and offending Yahweh. When I think about this, I find myself wishing for some way to eliminate Christians altogether, not just their meddling religion.

The god Yahweh was once terribly worried humans would die out from insufficient fertility, so he made up rules to ensure the maximal number of pregnancies. He even insisted that gay people breed. He threatened anyone who used contraception with eternal torment. Unfortunately, he never got around to reversing these breeding commandments now that earth is bulging at the seams with 7.601 billion.

Christians believe that some people have a special gift for invoking the god Yahweh and persuading him to heal them. These scum collect huge amounts of money from the elderly and seriously ill, but only prey on fellow Christians. Some believe they will be punished in eternity for using any other form of healing even after faith healing as proved ineffective.

My tendency is to offer arguments I find convincing :

However, these arguments are not convincing to Christians. They have been trained to distrust their own ability to reason and to distrust reason itself. If they noticed something apparently inconsistent in the bible, they figure they must have made an error, no matter how obvious. They say to themselves, Wiser Christians than me must have an explanation for this. It is not my humble duty to question god. They conflate questioning church authority with questioning god.

What sorts of arguments are convincing?