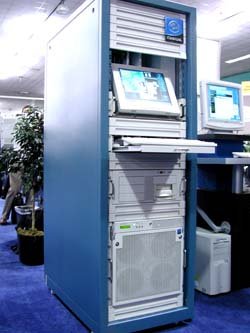 The Ethics of Affluence

I have lived my life earning just enough to get by. I have skillfully avoided making money. I find gambling or speculatively buying and selling to earn a living odious. I dislike enslaving myself periodically performing pointless tasks to get enough money to pay the rent and groceries. In past, I would tell myself that suicide was the only option if I could not raise next month’s rent. I try to avoid thinking about money or how to earn it. I take a very dim view of wealthy people. At the same time I have a fear there won’t be enough to get through the next month. This essay looks for better attitudes.

In Mark 10:25 and again in Matthew 19:24 it says rich people are very unlikely to make it into heaven. Yet in Matthew 6:33 it says that if you first seek the kingdom of heaven, all manner of riches will be added unto to you. Surely they don’t mean to imply if you seek the kingdom of heaven, you will become wealthy, but then you have to go to hell.

I Timothy 6:10 says that the love of money is the root of evil. Presumably money itself can’t hurt you if you don’t love it.

Luke 12:34 warns that accumulating a treasure will cause you to love that treasure, like the Golem in Lord of The Rings. If you simply let that treasure flow through you on the way to helping others, perhaps you won’t necessarily become attached to it.

Luke 12:33 says to give away all that you have. This provides you with a treasure that cannot be stolen, but that cannot be cashed in until after death. That is all very well, but I need money for the rent next month and a solid reassurance it will be there.

Deuteronomy 23:19 and many other places forbid usury — accepting interest on a loan. This is an unusual commandment to follow in the modern age, though it was strictly adhered to in the middle ages. Only non-Christians could offer interest-bearing loans. You can meet this restriction today with a no-interest chequing account, or a no-interest ethical savings account. You might consider putting some money in the Grameen Bank which makes microcredit loans ($50 US) to the poor. They start small businesses and pull themselves out of abject poverty.

Fear of poverty is one of the most destructive fears and can result in worry, doubt, indifference, indecision, overcautiousness and procrastination. It paralyse the faculty of reason, destroys the imagination, kills off self-reliance and leads to uncertainty and lethargy. Think wealth and abundance.
~ Aquarian Practitioners of Light

No one seems to notice the injustice that some people in the world are paid pennies a day where others are paid millions, for equally onerous work. There is massive inequity.

Usury creates an instability. The rich get richer and the poor get poorer. Usury is not right. I still hold this old-fashioned belief. I would thus not feel right about making money by investments.

I don’t feel right pigging out living high off the hog knowing so many others have little. I want to share my wealth.

Planetary citizens avoid driving. They avoid owning SUVs (Sport Utility Vehicles) they only need a few weeks a year. They choose cars that do minimal damage to the environment, e.g. are small, fuel efficient and light weight.

I want to live a lifestyle that is even gentler on the environment that I am now.

In chronological order of intended manifestation:

The big fears of becoming wealthy are:

The actual choices are not quite so dichotomous. There is a middle path between monk-like poverty and Gatesian excess. The middle ground may not be an uncomfortable as the two extremes. Another direction is to find ways to get things and acquire things cheaply or without money. As an example, Wiley offered me worth of books on the condition I review one of them.

Though I personally might be better off with (1), the planet is better of with (2). I feel embarrassed to discover I am still taking the selfish path. In reality, path (2) is probably like the Monty Python torture device — the comfy chair, not nearly so awful as I imagine it will be. I might have assistants to partially shelter me from the things I dread — petitioners, telephones, spam, money and schedules.

Presuming I do manage to change my attitudes, I still have the practical problem of actually generating the income. I would imagine it might come from several possible sources:

I think the key is understanding a distinction between: Affluence is so often associated with (1), (2), (3) and (4), that it is hard to imagine it without them. I have cold feet. I think "Who am I kidding. I became more wealthy, I would fall prey to its corruption just like everyone else." On the other hand, I need to get some money soon to live on. I have to get on with this. There has to be practical plan as well as a metaphysical one.

This whole essay sounds a bit nuts, especially if you saw how low my current bank balance is. It is an externalisation of internal dialog, in Living Love terms, a conflict process.