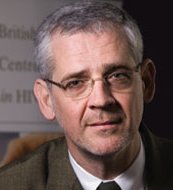 The gays of BC owe their lives to Dr. Julio Montaner of the B.C. Centre for Excellence in HIV/AIDS. His policies have been the most successful in Canada for stopping the AIDS (Acquired Immunodeficiency Syndrome) epidemic. He personally concocted the cocktails of drugs that have kept me alive since I contracted HIV (Human Immuno-deficiency Virus) back in 1985. HIV mutates rapidly and quickly develops immunity to any drug. Montaner pioneered the idea of using a cocktail of three drugs. It is much harder for HIV to develop immunity to three drugs simultaneously. He has reassured pretty well everyone in BC with HIV with his gentle Argentinian accent in his tiny unpretentious office.

Montaner has spoken out against draconian laws to punish people with HIV who have sex with others without telling them. There are a number of reasons why these Harperian laws are counter-productive and silly:

If all goes well, Montaner will be put in charge of HIV for all of Canada then all of the world.