The following children’s story is intended to be published with illustrations. The book is designed to teach the planetary citizen values of sharing, tolerance and restraint. It will be a hard cover book 12.70 cm (5 in) square. I’m looking for a publisher. 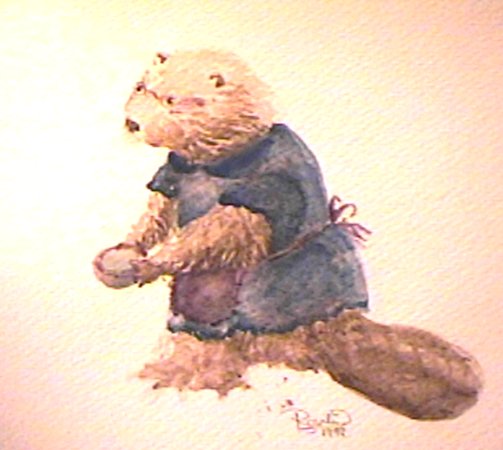 There is a beautiful valley in Canada with three beaver dams. 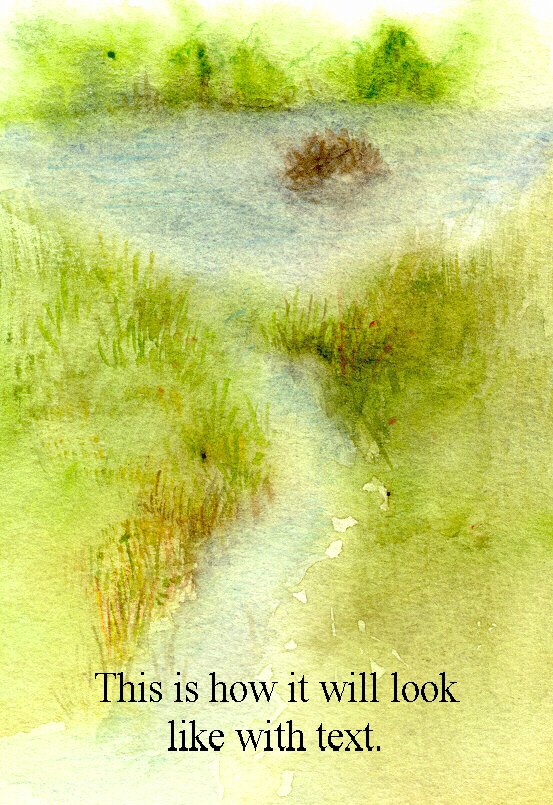 On the top dam live Mr. Jerry and Mrs. Anita Beaver and their four kits, Buckminster, Willa, Laura and Josh.

[Jerry looks vaguely like the Reverend Jerry Falwell, Anita like Anita Bryant, Buckminster like Bucky Fuller. Willa has red hair and freckles like the angelic nurse in the psych ward at Courtenay General. Laura looks like my niece Laura Green. Josh is the youngest. He has two metal lower front practice teeth, like the four year old I met at a party on Quadra Island.]

On the next dam downstream live Mr. Lorne and Mrs. Jean Oliver.

[They are an older couple who look, surprise, like Lorne and Jean Oliver, now living in White Rock.]

On the next dam live Rex and Svend Maple.

[They are a pair of lumberjack teenage beavers.]

Mrs. Beaver taught her kits to share both their food and toys. 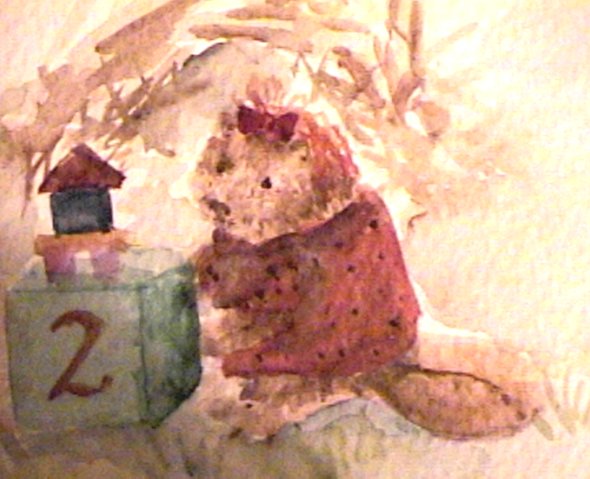 She also taught them that the Olivers were selfish because they lived without children.

[Picture of Mrs. Beaver followed by children in single file, with noses and tails held high in the air. Josh does not have his tail up. Mrs. Beaver is looking over her shoulder with a disapproving look as if to say “Get that tail up in the air, Josh”]

Mr. Beaver taught the kits that Rex and Svend were naughty because they did not attend church.

[Picture of church with everyone in attendance, but Rex and Svend. There are two empty seats on opposite diagonals. Pastor Owl is officiating.]

Pastor Owl said Could I talk with you a minute.

[Pastor Owl is speaking to Mr. and Mrs. Beaver as everyone is leaving. The Beavers look slightly worried and embarrassed, much the way children would if similarly spoken to.]

He lead them into his study.

[He pulls on a green curtain, revealing a study lined with books.]

He said, You have taught you children to share, yet you have not been sharing your children with those who have none. Mr. and Mrs. Beaver saw that Pastor Owl was right.

[Mr. and Mrs. Beaver are blushing.]

[Picture of Josh roasting a weiner or marshmallow over a campfire.]

Laura is learning to sew with the Olivers.

[Picture of Laura, Lorne and Jean all working on a giant quilt.]

[Picture of Willa perching high on a horse, the way a real beaver would have to without legs dangling.]

Buckminster has a quiet place to study astronomy at the Olivers.

[Picture of Buckminster staring at the heavens through a telescope with a pensive look on his face.]

Mr. and Mrs. Beaver go rowing on the lake together.

[Picture of Mrs. Beaver in a fluffy romantic dress sitting in the bow of the boat. Mr. Beaver looks at her lovingly. Hearts in the air. Perhaps he sings to her.] 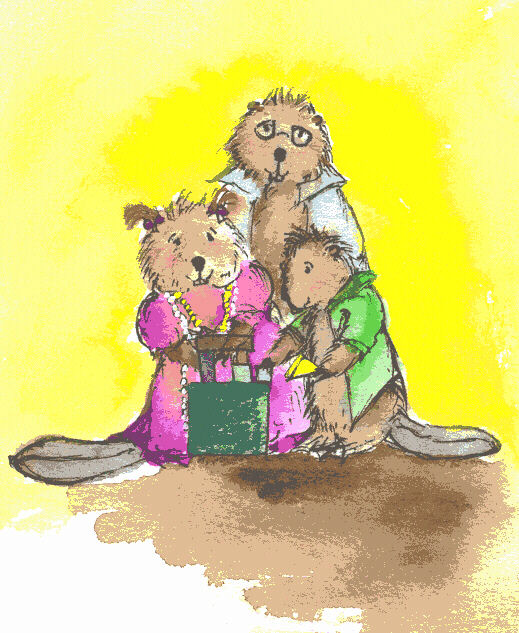 When somebody shares, everybody benefits.

[The moral of the story is set in slightly larger, darker or different type. The final picture is everyone crammed into the church. Rex and Svend are sitting side by side in the front row.]

Rachel age 16 in 1998 decided on the book format. Josh age 4 came up with the idea of practice teeth. Emma Swan age 12 and Alex Swan age 9 gave early encouragement. The sample illustrations were done by Rosaline

an art student of my friend Marty Bunch.

Emma Swan has ordered the first copy. I will be hand signing and numbering copies. The more advance sales I have, the easier it will be to get the book published. However, nothing has happened in many years so I don’t think this will ever see print.