There Is No Santa Claus 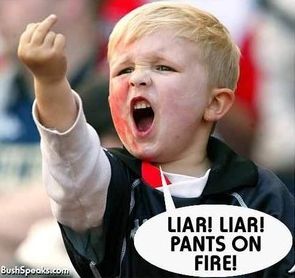 It is a bit of a shock to discover that your parents and adults in general lied to you about Santa Claus. They thought of it more as playing a trick on you to get you to behave better.

How do you know there is no Santa Claus?

Santa Claus admonishes kids not to lie, yet he is a lie himself. Talk about your parents sending mixed messages.

What else did your parents lie to you about? Can you ever trust them again? (In their excitement to play this game, parents foolishly forgot that forever after they are undermining your trust in them.) Your parents may also tell you a similar lie about the Santa Claus for adults, known as Jesus, who supposedly brings the gift of eternal bliss (a drug similar to heroin). The difference is, they may well believe the lie themselves.

You are visitor number