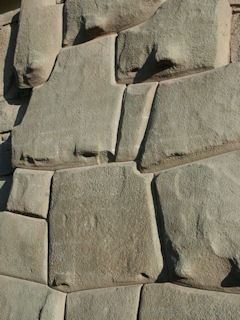 Separation of Church and State

The separation of church and state has two functions: The founding fathers of the USA were well aware of English history and the endless trouble when the state enforces a religion on the populace or when the church gets so powerful that it turn the state into a theocracy.

Protecting the Church From the State

Simply being Muslim is grounds for being arrested and held in secret without trial and tortured.

Religions that prohibit killing put up with extreme persecution during warfare for their refusal to kill.

People naturally harass anyone they see as different e.g. the Amish or the JWs (Jehovah’s Witnesses). In their spite, they try to use to law to amplify their discrimination.

Faith based initiatives slowly corrupt the churches that choose to participate. They become dependent on government money. They naturally tend to do what they think to government wants, even when the government does not make its demands explicit. It is much like the problem of a newspaper editor working to avoid offending the advertisers self-censoring his editorials and news stories. The churches are supposed to be guardians of public morality. They learn to keep quiet about corruption if they want the money to keep flowing.

Protecting the State From the Church

The majority religion always tries to impose its religion on others and it tries to use the state power to help it in that expansion. It will also try to discredit the competition and enlist the state to help in the prosecution. We have seen persecutions of Wiccans, where Christians characterise them as devil-worshipers. There was a push to get them thrown out of the military. It is bad enough when a church makes up lies about another religion and acts on them, but when they get the state to help, it magnifies the evil.

Religions don’t believe in democracy. They believe in divine revelation of their sect. They are right. Everyone else is wrong and should do what they say. So religious people have few qualms at all about subverting democracy by hook or by crook. We have seen the Dominionists working to subvert democracy by creating crooked voting machines.

There is no such thing as separation of church and state in the Constitution. It is a lie of the Left and we are not going to take it anymore.
~ Pat Robertson (1930-03-22 age:88), address to his American Center for Law and Justice, 1993-11.

For a democracy to work, religious people should have no more power than anyone else. If you give their churches special state power, then they have a disproportionate and anti-democratic influence.

There are two kinds of religion, ones that believe in an invisible man who micromanages the universe and those that don’t.

The first kind receive astounding tax breaks — no property taxes and no income taxes. Even when a church operates mainly as a real estate holding company it has a huge advantage over the secular competition. The church does not have to provide social services to the community to receive this boon.

The second kind, the less popular religions, receive no breaks at all. Back in the 1980’s a lawyer friend applied for religious status for the Living Love Church in Canada. They believe in such things as loving everyone unconditionally. They meet each week to sing, listen to sermons and socialise over coffee and cookies just like a first string church. However, they have no opinion on the invisible man one way or the other. This lack of belief in an invisible man meant they were disqualified. Similarly, the Humanist Association gets no tax breaks.

My thinking is churches should get no tax breaks, or only tax breaks to compensate them for providing community services, e.g. a soup kitchen, a basketball court, meals on wheels, after school activities, concert halls… However, they will fight for this historical, undeserved privilege tooth and nail. Without it, many could not survive.

Advantages of the Doctrine

Compared with Europe, the United States largely avoided sectarian violence. They avoided laws requiring a candidate to belong to some specific sect. Other than gays, churches have tortured few heretics.

The Christian don’t accept the notion. They try to cheat at every opportunity. They figure since they are the majority, they should have the right to set up a theocracy. Sometimes the courts put them in their place. But more and more often they do not. An uneasy truce between warring imbeciles is perhaps the best we can expect. The Christians are completely unaware of the benefits of the doctrine to themselves. They have ignored European history.

Disadvantages of the Doctrine

The freedom to practice one’s religion has been very liberally interpreted, for example:

Image the planet were swept by a series of plagues. The God Virus: How religion infects our lives and culture They did not kill people outright, but they made them insane. The plague made people lose fear of things they rightly should fear and become phobic about imaginary things that could not possibly harm them. The plague destroyed reasoning ability. They filled victim’s heads with delusions. The less evidence there was for something, the surer they were it was true.

The plague also warped the brain to make parents deliberately infect their children. Without this feature, the plagues were not that contagious. Parents would abuse their children with extreme measures to infect them. If we told parents to cut it out, they would tell us to mind our own business. They explained they created the children with their loins and thus had right to do with them as they pleased. Would we turn our backs in the name of parent’s rights? Or would we interfere in the name of planetary sanity and protecting children from abuse? This is a close analogy for what religions have done to earth. For now, in the name of separation of church and state we are abandoning earth to these lunatics and abandoning these children to their parent’s brutality.

We have still not achieved a reasonable separation of church and state. Christians are forever breaching the wall and forcing their nutty creationist and reproductive notions on the rest of us. Even now we should be looking beyond this provisional goal. Separation of church and state is not an acceptable final goal. Delusions must be extinguished. Religiously-justified child abuse must be stopped.

Diderot was a bit over the top, but he was right: voluntary insanity/religion is not acceptable.