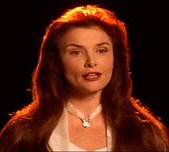 Death is absolutely safe. It is like taking off an old shoe.
~ Emmanuel channeled by Pat Rodegast

Every culture has its unique life after death beliefs. I want to explore them and see what evidence there is that any of them are true. Christian share this delusion with thousands of other religions. It is so common, you might even define religion as the delusion that humans do not and cannot die.

It is hard not to lie to a grief stricken child who has just lost a pet or a loved one. You will make up any nonsense to help the child over his or her grief. Perhaps this is how the life after death myths got started. They are like the Santa Claus myth, originally meant only for children, but adults clung tenaciously to them too. When my friend David Lewis lay on his death bed he pumped me for all my knowledge of the after death beliefs in different cultures. He was terrified, looking for any straw to grasp.

There are many religions, (e.g. Egyptian, Christian, Norse, Jewish, Muslim) with a some sort of judgement followed by eternal punishment in hell or eternal reward in heaven. To me, the heavenly rewards wandering in Christian jeweled gardens on streets of gold singing praises to Yahweh, surrounded by fundamentalist Christians, sounds tedious beyond belief. The Pure Land Buddhist equivalent of eternally gathering flower petals has little more appeal.

The evidence that there is a heaven/hell is that there are both extremely pleasant and extremely unpleasant near death experiences. They can be triggered at will using a large centrifuge. The key seems to be a lack of oxygen and an excess of nitrous oxide in the brain. The experiences all happened with an apparently inactive, but at least intact, brain. Many people, myself included, have had out of body experiences. It is certainly possible to have the sensation of living without a body, even if there was a functioning body sitting elsewhere. To anyone who has had such an experience, it is easy to entertain the possibility that life without a body is possible.

The Haida natives of British Columbia believe that you become a ghost when you die, then start off on a long walk. Sometimes people die without realising they are dead. They are alarmed at strangers coming into their homes. Someone has to explain to them that they are dead and what they have to do. On this long walk the infirmities of the body gradually drop away and the ghost changes to the apparent age the person feels inside, usually early 20s or late teens.

Eventually you rejoin your ancestors and take part in activities much the same as you did in life. You have the ability to intercede on the behalf of the living.

The evidence for this is that Haida people matter of factly talk about routinely seeing these ghosts. In their culture, there is nothing frightening about them. They are just people.

The Buddhists and Hindus believe you reincarnate over and over, as animals, gods, humans, hungry ghosts etc. You gradually shed your attachment to worldly desires and then can stop re-incarnating and remain in a state of bliss called nirvana.

The period between incarnations is a terrifying time when you imagination projects all manner of frightening demons. The goal is to remain unafraid and select a new incarnation wisely. Tibetan Buddhists read from the Book of the Dead to instruct the departed on how to proceed.

The evidence for this are the many stories, mostly in India and Ceylon, of children born with inexplicable intimate knowledge of some dead person’s life. The other evidence is the way enlightened people suddenly remember all the details of past lives.

This myth seeks to explain why such terrible things happen to good people. They did dreadful things in a past life they cannot remember and they are receiving current punishment. The problem with this belief is it leads people to passively accept great evils like disease, hunger and violence.

In the Congo, the there is a single word used for both a live and dead person. Life after death is so presumed, they don’t even bother to make a distinction. Rites have to be performed to keep the dead from being annoyed and causing trouble.

In a very mundane sense, there is only one being living on planet earth. Consider the amoeba. They reproduce by splitting in two. If you look at any amoeba today it is billions of years old. You might in theory trace all the amoebae alive in the world today to a single ancestor. Thus in one sense there is only one amoeba, living in many bodies. If an amoeba dies, has the amoeba died? No. It is much like single blood cell in a human dying. If you follow back further you would probably find that other one celled animals all share a common ancestor with the amoeba too. There is only one life living in many bodies. Multicelled humans too are part of this single life tree. Our cells too grow only by splitting, but in more specialised ways, going through a minimalist stage periodically as sperm and egg cells. However, each of a human’s cells is similarly billions of years old, with an unbroken chain of cell divisions going all the way back through the generations of humanity. Oddly, even though the cells are billions of years old, the cells die within 100 years of birth, if they stay part of human’s body i.e. if they don’t leave it as sperm or as a completed baby. They have a built-in death count-down mechanism in each cell called telomeres. If there is only one life, living in many bodies in many forms, you, the primordial life, lives on even when your little human body dies.

It is conceivable, though unlikely, man will figure out some way to destroy all life on earth.

This has been in topic of interest ever since 1987 when I was told I likely had only a year to live. Despite much pondering, I must be satisfied with uncertainty. The frustrating thing is, if I am correct in my guess, that nothing at all happens, I will never find out I was right.

Even if a supernatural being does not judge you, as your life draws to a close, it is natural to judge yourself. In my own case, I accomplished nowhere near what I imagined I would and I have felt quite disappointed and ashamed. I don’t have much energy left for future projects. My advice would be, if you want to accomplish anything or do anything, get on with it right away. Age, disease and other infirmities sneak up on you so fast. The productive part of your life is over in the psychological twinkling of an eye. My eighth birthday seems like yesterday.

I also tackle this topic in my essay on whether there is a god.