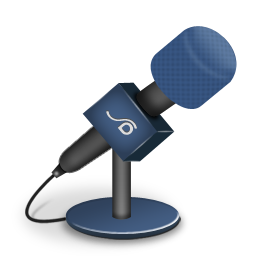 This is not literally evidence for the existence of god but a short science fiction story, about what would happen if the creators of the universe decided to reveal themselves.

Don was in his mid sixties, unusually handsome, fit and overworked. Saturday was Don’s favourite day. On Saturday he treated himself with a cup of fresh ground fair trade Ethiopian Harrar coffee, the best coffee anyone on earth had access too. He was tucking in to a plate of free range scrambled eggs with garlic and cheddar, his favourite breakfast. He was listening to CBC (Canadian Broadcasting Corporation) Radio 1 FM.

Suddenly the broadcast stopped. There was 5 seconds of silence. Then a voice came on that sounded like three people talking precisely at once in sync. It said, We are the creators of the universe. You have been telling myths and lies about us. You have 7 days to stop and destroy all libelous documents about us.

There was another 5 seconds of silence and the CBC broadcast resumed in mid word. What the heck was that? Don asked himself. Is the CBC pulling off some sort of Orson Welles War Of The Worlds hoax?

Don knew enough to stay away from Twitter. All the people there would do is repeat the silliest rumours. On CNN (Cable News Network) he discovered a video clip of an emergency broadcast from the president. He had first to listen to a commercial for an SUV (Sport Utility Vehicle), but then the president said in essence, Stay calm. We have this under control. We will catch and punish the perpetrators. God will not be mocked!

Pat Robertson explained the broadcast was actually Satan awoken from his slumber by two lesbians getting married in the Maldives. He announced his $1 billion campaign to conquer Satan. If he did not raise $1 billion within the week, Satan would surely drown the earth in pus, to punish everyone for not giving him the money.

It turned out the radio broadcast had been heard simultaneously, on all FM channels, in all native languages and that all FM broadcast towers had simultaneously failed during the substitute broadcast. A few people were calling this a miracle and this was evidence the speaker(s) was/were indeed the creators of the universe as claimed. However, most people, lead by televangelist Joyce Meyer, pooh poohed the notion. This was no miracle. A proper miracle was turning water into wine, or making buns appear out of nowhere.

Of course, almost nobody complied with the request to destroy all the bibles, Qur’ans and speculative religious literature.

Exactly seven days later there was a similar broadcast. This time it said Apparently you all thought this was a prank, that we are not really the creators of the universe. We offer you some evidence we feel should be convincing. Have your scientists look at 999999 999999 999999 (some celestial coordinates). Sorry, I did not write the coordinates down myself and neither did my friend Don.

NASA (National Aeronautics and Space Administration) scientists turned the Hubble telescope to this part of the sky and noticed to their astonishment than a new celestial body, about the size of the moon, spherical, that was not there the last time they looked. They tracked it for a few days and announced it would smash into the earth in about 100 years. Surprisingly, almost nobody was much alarmed since they would all be dead by then. They tracked it a few more days and announced it would not smash into earth after all, but neatly tuck into orbit, on the opposite side of earth from the moon. NASA announced, The mysterious broadcasters may not have created the entire universe, but they can at least create a moon. That is very impressive, far greater than anyone on earth can do. I think we should comply. They are obviously much more technologically advanced that we are.

When Richard Dawkins was contacted for comment he said, I cannot say for sure if these beings are the creators of the universe, (I rather doubt it), but I can say for certain there is much more evidence that they are than there is for that wretched Yahweh..

Don caught a CBC interview with Lester Crossman, the winner of the Halifax Science fair that year. Lester gushed that the new moon would royally screw up the tides. He had written a Java Applet on his website that did an first cut approximation of predicting the tides at Peggy’s Cove once the new moon had settled into place.

The scientists are all lying. That moon thing was there all along. The holy spirit told me. Who do you trust God or science? Are we mice or men? accused Benny Hinn at his $2 billion fundraising launch.

This is outrageous. How dare these heathens demand we destroy the living word of God. Over my dead body! bravely shouted televangelist Joel Osteen, as he announced his $3 billion campaign to fight the imposter Gods for the one true God.

The second 7 days passed. There was no broadcast. Instead all over the earth there were mighty thunderstorms that sent strike after strike, burning to the ground any church or dwelling containing even one of the calumnious books.

Peter Popoff, whose electronic church was intact, spared by a loophole because it contained no written materials of any kind, decided to exploit the panic with one of his bigger lies and announced the good news. The world is ending in 7 more days. Quick! send me all your money. Every dollar you have left will be a ticket to hell if the god Yahweh catches you with it. I am protected by a green holy prosperity shield. I do this sacrifice in love of Jesus as a holy service to you. God commanded me to.