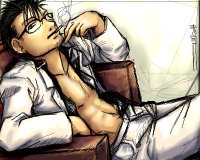 The Life of Riley

The Life of Riley On Welfare

Republicans and the Canadian equivalent, BC Liberals, imagine those living on welfare have it made. They sleep when they want do, drink, smoke tobacco and marijuana all they want. They never have to work. They have endless sex. They are sponging off the body politic without ever doing a stick of work in their entire lives.

Let’s have a look at the reality. I am going to talk about BC Canada, a socialist haven where welfare benefits are particularly generous. The conditions for welfare recipients in the USA are even more Spartan. To start, welfare benefits run out after two years. At most someone can live off welfare for two years and they have to work several years first. So even the laziest sponge has to work 40 years and can goof off for two. After two years, the sponge is thrown into the streets to die of exposure in the Canadian winters. There are overnight shelters for the homeless, but there is room for only about half those seeking shelter.

If working hard were what made you rich, most people would retire with a big nest egg. They don’t. The people who get very rich do it by some form of thieving, cheating or exploitation. They can’t do it by hard work alone. I find it hard to understand why so many people revere the rich. The rich are the true sponges on society. They take far more than they put in.

The modern industrial economy needs fewer and fewer people to work. About 8% of people are just a nuisance. When I advertised jobs in the newspaper, scores of applicants would bury my desk with their resumes. I had to reject all but one them. There are some people, who are uglier than normal, who have an unpleasant voice, who have few skills, who belong to an unpopular minority, who will never be at the top of the heap and get the job. There are simply 8% more people than jobs. Some people will the losers, time after time no matter how many time they apply.

People unable to work because of a medical or mental condition also end up on welfare. It can take years for the bureaucracy to deal with permanent disability with other schemes.

Let’s see how far that  goes. The cheapest shared accommodation you will find in Victoria where I live is  per person. That leaves  a month for everything else. If you spent it all on food, that will only get you one bag of groceries three times a month. It you buy nothing but generic Kraft dinner, Ramen noodles, cheap bread, flour, rice, bulk corn flakes and mostly-fat chicken wieners you might stretch than to one bag a week.

So everything else but food is an unaffordable luxury which includes such things as:

So what’s your entertainment:

My company used have about eight employees. I dreaded the process of advertising an entry level job. There would be a stack of resumes a foot deep on my desk. I would have to narrow it down and spend days interviewing people. You could see the desperation in people’s eyes. To get a job, the applicant had to be the very best in the pile. The majority of the people would never be the best in the pile no matter how many jobs they applied for. Their only hope was to get a job though the influence of a powerful friend or find a job that nobody else was willing to take like door to door selling on commission where you have to put money up front to buy your demo vacuum cleaner. Then there is that old catch-22, to get a job, you need experience, and to get experience you need a job.

If you make any money at all, e.g. collecting recyclable cans, that money comes off the top. Your next month’s cheque will be lower. You are effectively taxed at 100%. In fact, it is even worse. Let’s say you tried to start a home business making cookies and you sold them for  . Your next month’s cheque would be  lower, even though the ingredients cost  . You don’t get to deduct your business expenses the way any other business person would. You are effectively taxed at 200%. This is hardly an incentive to work.

I find it amazing that wealthy Republicans and Canadian Liberals will go to bat for the elite demanding their taxes be lowered to stimulate the super rich to work harder. Yet they seem to think negative incentives to work are perfectly ok for the supposed deadbeats of society. But who really needs the incentive? Get real!

Imagine yourself in a position where you had to give up every creature comfort. You might be tempted to panhandle just to get a sugar fix. You too might be tempted to sell marijuana to make a few bucks. People in prisons are better fed than those on welfare. The system almost demands that welfare recipients cheat on reporting income or turn to crime just to survive. The system discourages work. Those who created this system should not whine when it fails. I feel like gagging every time I hear a Republican or BC Liberal complaining about how generous he is to the undeserving bums on welfare.

Homeless people receive even less, a month each. This amount is small enough to ensure they can’t ever accumulate the plus security deposit to get into the cheapest possible shared accommodation.

Most of the homeless people start out as runaway kids escaping sexually and physically abusive parents.

Small c conservative politicians I have talked to admit that housing Victoria’s 600 homeless would be much cheaper than leaving them on the streets to frighten tourists away from business, clog emergency rooms at the hospitals and keep the police occupied. It would be cheaper even for the hard-to-house alcoholics, mentally ill and drug addicts who require supervision.

The problem is ideological. Politicians want the homeless punished by freezing to death for being homeless as an incentive to make them acquire the initiative to accept the jobs the politicians admit don’t exist. Victoria Mayor Alan Lowe’s solution is to order the police to confiscate the sleeping bags and backpacks of homeless people hoping this will encourage them to stop being homeless. That sort of treatment won’t encourage anyone. It will just fill them with despair and drive them to slow suicide.

It is thus, not greed, but spite, that motives the conservative politicians. Conservatives sadistically demand that society pile on even more abuse on the homeless than they have already suffered. They want the homeless to suffer even if it costs the taxpayer more money to arrange that, than to treat them humanely.

Some conservatives justify this malice with the need to winnow society of those they consider the dregs, in a Nazi misinterpretation of Darwin. Darwin and the evolutionists never used the phrase survival of the fittest. They talk of differential reproductive success — some individuals have slightly better reproductive success — more offspring living to reproduce. 18th century industrialists deliberately misinterpreted Darwin to morally justify exploiting their workers and destroying the environment with dark Satanic mills. They fail to realise that the current crop of humans are the stock who have survived for millions of generations. Despite appearances, they are the fittest of the fit. They are all la crème de la crème. Only in the eyes of the well-to-do are some of them evolutionary losers deserving of deliberate extermination as if being unwanted by the economy were the ultimate crime. It is the same motivation that lead Hitler to exterminate the retarded, then the mentally ill, then the homosexuals, then the Jews, then the Communists, then anyone who was not Aryan. This persecution of the homeless is a cruel and crazy dash for perfection, where perfection is defined in a preposterously arbitrary way. The ability to tolerate being confined a cubicle all day is not one of the skills crucial to the long term survival of humanity. It is a skill that will be obsolete within 50 years. It is thus silly to exterminate people on the grounds they don’t have it for the good of the race.

For some reason, Republicans and BC Liberals want to punish the poor even more severely than they punish child rapists. The capitalists of the world have created an economic system that discards 8% of people as useless. I say, stop blaming the victims and treat them with human decency. Everyone deserves a guaranteed livable income, just for being a human. Over time, the economy will discard a higher and higher percentage of people, until it nobody at all is required to make it function. When that day comes, surely we won’t demand everyone starve, surrounded by plenty, just because the economy no longer requires human labour. Let’s gradually get used to the idea that technology pays a dividend — one by one freeing humanity from drudgery and want. The dividend belongs to everyone, not just the capitalists.