With a Beer in your Hand 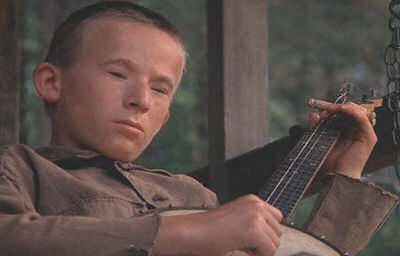 Of course, not. I don’t need to be a child rapist or murderer to condemn child rape or murder. Those who have committed war crimes are hardly the only ones who should have a voice. Further, I am not an American so there is no reason at all I should feel compelled to support America, right or wrong.

You don’t even know how brave those soldiers are so don’t even pretend like you have any idea. They’re fighting for your life, your country and your freedom.

That is not only incorrect, it is a lie. America attacked Iraq unprovoked. It attacked under false pretences. Even President Bush admits Iraq had nothing to do with 2001-09-11.

Your country is attacking Iraq, not to defend its freedom, but for much baser motives. The only people who believe the freedom bullshit are wilfully ignorant Americans who have not read a book in their lives. Nobody has threatened America’s freedom since WW II. Since then America was always the aggressor.

I think the head and the former of the United Nations are more expert than you on the legality and morality of the Iraq war. They said those soldiers who participate in it are war criminals, people guilty of a capital (death penalty) crime. Why should I believe you over them?

You have no clue what this war is about so just be quiet. Your basing your opinion off of the news, you’re both stupid and gullible if you believe any of that crap.

Get serious. I have read news from all over the world, interviewed Iraqis, Iranians and Afghans, read websites, attended the screenings of many documentaries, gone to lectures at the local university, talked to people who have been to Iraq, studied trophy sites put up by American soldiers serving in Iraq, watched the various PBS (Public Broadcasting System) Frontline documentaries, read many emails from pro-war folk (some of which are posted here), read scores of books. What did you do? I suspect is was talk to serial killers who were trying to stop you from spitting on them by putting the best possible spin on their war crimes.

If you want to find out what really happens why don’t you get off your butt and go to Iraq instead of writing about it in your air-conditioned home with a beer in your hand.

I am an environmentalist. You would not catch me dead using air conditioning. Further, I don’t drink alcohol. My drink of choice is coffee or lemonade. Since you made up your facts about me by pulling them out of your imagination, it seems safe to assume your beliefs about what goes on in Iraq were constructed similarly. Your imagined picture of me tells us far more about you and the people you hang out with, than me.

You expect me to ignore all those distinguished authors and Iraqi civilians I talked to and instead trust an emailer who bills herself in her email handle as little dorky angel, who has obviously not read a single book about the Iraq war much less written one? Someone who demands I go to Iraq illegally, but presented no evidence she had been herself? Get serious!

GET YOUR FACTS STRAIGHT!

I did. You have not backed up your claims with even a single source, reason or argument. All you did was pontificate as though you were an infallible expert whose depth of knowledge was beyond question. Who do you think you are, the Pope?

The nationalist not only does not disapprove of atrocities committed by his own side, but he has a remarkable capacity for not even hearing about them.
~ George Orwell (1903-06-25 1950-01-21 age:46)

What your are doing is technically called emotional reasoning. You look to your gut to see how you feel about something. If it feels good, you presume it is true. Facts are irrelevant. By any chance, are you a Christian? That is where most people pick up the habit.