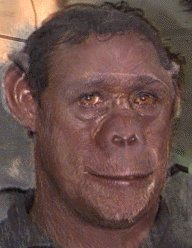 Humanity is a very new species. We are almost identical to other primates, except that we have a large cortex piled atop our older mammalian and reptilian brains. This rational brain has given us new powers to manipulate the environment. However, our motivations are still largely controlled by the mammalian emotional brain. The behaviours we could get away with as primates are now too dangerous when scaled up globally powered by high technology. Man is now in hot water. I use the term man rather than mankind or humanity because it is primarily the male primal urges that have got us in hot water.

Man invented agriculture about 8000 BC. Ever since then he has been following a standard pattern. Increase food production, increase the population to levels where much of the population is on the brink of starvation, develop an elite that consume an ever larger share of the food supply, erode or salinate the soil. The population then collapses back to a small fraction of its former size from starvation and or disease.

Clive Ponting documents this pattern throughout pre-recorded and recorded history in his book A New Green History of the World: The Environment and the Collapse of Great Civilizations

Like other animals, mankind likes to do several things that caused little problem back when he was a hunter-gatherer. However, when man’s rational mind let him expand these activities to a global scale, these simple motivations caused some massive problems:

The Ways Out: Spiritual

The traditional way out of this is to call for a spiritual revolution.

Within the human being is a jungle.
You, born of the Divine Breath, be aware.
Wolves and pigs by the thousands are within,
the fair and the foul.
What dominates you is what you are.
If your gold outweighs your copper,
you will be known as gold. Whatever you most are
is the form in which you will resurrect.
~ Jalal Al-Din Rumi (1207-09-30 1273-12-17 age:66)

The idea is everyone should learn to suppress their mammalian brains and work more with their rational brains. They should do not what gut feels most natural, but which their higher self tells them in is their own and others’ best interest.

Zen uses the term monkey mind. The mind is likened to a monkey loose in the house, tearing it apart in its curiosity. The cure is to give the monkey something to keep it occupied, even if only running up and down the stairs.

CCism is another such approach, which tries to avoid the sticky question of the existence of God.

However, we have seen that world leaders are unusually power oriented people. They are strongly driven by the old mammalian drives. They are not about to suppress any of that primal lust for power.

The Way Out: Rousseau

Rousseau noted that the hunter gatherer life style is much more pleasant than the agricultural or technological one. There is more leisure, less starvation and more general happiness. He called for a return to it. Unfortunately that is rather impractical. The earth will only support about 4 million people that way. We may inadvertently use this approach with a global war that wipes out all but a handful of us.

The Way Out: Dumb Down

Perhaps this sudden spurt of evolutionary intelligence was a fatal mistake. It will lead to our early extinction. Dolphins and whales developed theirs more gradually. Perhaps the Jerry Springer and Peter Popoff TV shows are an unconscious attempt to dumb down humanity.

The Way Out: Smarten Up

Another approach is education. Teach people from a young age to recognise their true self interest. This is a step up from the superstitious or emotional self-interest. Perhaps from there people might begin to understand the benefits of working for the global optimum where nearly everybody wins even better than before.

The Ways Out: Displacement

The Way Out: More Technology

The green revolution has given us hope that technology may be a way out of some of these problems. Unfortunately humanity, prodded by religious leaders, seems to quickly outbreed any gains made. Further, there are fundamental limits — the amount of sunlight falling on fields that ultimately limit crop yields.

Some of the technologies needed are:

The Way Out: Planetary Consciousness

Consider how the cells of your body are unaware of the motivations and activities of you as a whole. Similarly the individual ants or bees in a colony are not aware of the overall complex activities of the hive. In like way, perhaps there exists a planetary consciousness, of which we are the cells. It may be young, foolish, in its terrible twos stage, but progressing normally.

Your goal as a good cell is to try to anticipate the global needs of this consciousness and act accordingly. Such activities might include:

Just as a body can continue even when wracked with cancer with just some of its cells functioning properly, perhaps the earth planetary consciousness can survive with only a small fraction of sentient beings on the planet acting coherently. Renegade cells act at random selfish cross-purposes. Coherent cells co-operate giving them unexpected power. In other words, don’t despair that everyone around you seems to be hell bent on destroying the planet.

The Way Out: Give Up

Gore Vidal likened living in these times as like living at the end of the Roman empire when it was at its most decadent. He was glad to have a front row seat to enjoy the show.

All the soils of the earth started out from bare rock. Lichens over hundreds of thousands of years produced tiny bits of soils which enabled more advanced plants to grow, which eventually lead to trees, cracking the rocks and laying down layers of leaves each year to build the soils. The process is so slow, that from a human perspective, soil is irreplaceable, but from geologic time perspective, earth can probably eventually heal any damage man throws at it.

The Way Out: Spiritual Machines

Ray Kurzweil’s in his book The Age of Spiritual Machines: When Computers Exceed Human Intelligence talks about what will happen when computers become more intelligent than we are. He predicts this will happen in the next 100 years.

I spend most of my life suicidally depressed thinking about the ways man is destroying our planet. Bertrand Russell suggested I should therefore contemplate something else. Yet I want to convince other people to take some action to save our planet. I want them to worry, without falling into the pit I’m in where I feel so much despair I can barely do anything useful.

It is hard to deal with these bleak thoughts without some hope of a knight on a white charger who will eventually come and set things right. Most people pick some religious belief, e.g. a messiah or life after death. I find spiritual machines more appealing, since they could well show up within my lifetime, even if they don’t live up to their optimistic billing.