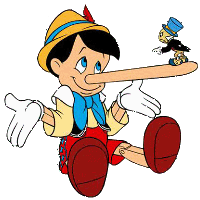 Why There Is No Action on Climate Change Accord

I have not bothered to revisit the arguments that once had to be made to persuade people that human civilisation is having a serious effect on climate, on the grounds that this debate has now ended, except that among a few diehard sceptics. There must remain some infinitesimal possibility that the sceptics are right and everybody else was wrong, but the evidence for global warming caused by human activities is so strong hat urgent action is required. The potential cost of doing too little too late is vastly greater than the cost that might be incurred my doing more to fight global warming than turns out, at some later date, to have been strictly necessary.
~ Gwynne Dyer (1943-04-17 age:75)   Climate Wars: The Fight for Survival as the World Overheats

I went to a lecture here in Victoria on 2010-03-11 by Dr. Gwynne Dyer on climate change. I asked him why so many people refuse to take action on climate change and why they spread disinformation in order to induce others to inaction. Why are they deliberately committing suicide? He gave a few suggestions that I have fluffed up into this essay.

Even though right wingers like Margaret Thatcher were the first politicians to push for work on global climate change and in Europe and the rest of the world politicians of every spot on the political spectrum push for action on climate change, in the USA, climate change has become identified as a liberal issue. We have Tea Partiers who dropped out of grade two science, mindlessly attempting to debunk global climate change as a liberal conspiracy, incapable of understanding even what it is, much less the details of the predictions. They are so clueless they imagine that snowfall anywhere on earth debunks the mathematical models. They completely forget their high school science the effect was discovered by the great Swedish chemist Svante Arrhenius(the guy who discovered ions), way back in 1896 long before the alleged tens of thousands of conspirators were even born. What fuels this is team spirit, same as a football game. The lunatic fringe get a sense of power by howling in unison that they know more about climate change than the world’s climate scientist Phds. These people are losers, noisy, but without political influence. Professional persuaders lead them about by the nose.

Because they were afraid that cleaning up greenhouse gas emissions might cut into their short term profits, Exxon and other oil companies hired the same disinformation experts that tobacco industry hired (who now pose as climate experts instead of medical experts). In the USA they successfully sold the lie that scientists have not reached consensus and need more time before taking any action. Why would they do this? Exxon will be destroyed by climate change just as any other business will. Why do people take drugs, smoke, overeat donuts, refuse to save for their retirement, avoid buying insurance, drive motorcycles without a helmet, have unprotected sex, buy high risk investments? They know about the likely long term consequences, but mind prefers to focus on the short term thrills. The fact that getting cancer from smoking is not 100% certain, facilitates the denial.

Corporations are like teenagers. They don’t think any further ahead than the next quarter. The long term destruction of the company (or the planet that sustains it) just does not exist for them. Letting corporations make political decisions is much like letting impulsive teenagers make the decisions.

Similar irresponsibility infected Canada’s Prime Minister, Stephen Harper. He needs votes and money from Alberta, home of the tar sands, the dirtiest oil on the planet in terms of greenhouse gases. So he lied using the authority of his office to successfully deceive most Canadians. He is concerned only about the next election.

We in the west have cranked the CO₂ up to 390 ppm. When it reaches 450 ppm, it will start a number of runaway irreversible processes that will cause mass famine, even in the west. To avoid this unpleasantness, the west says to the developing third world, Oops, you can’t do what we did. You must use more expensive green techlology. Sorry about that. The third worlders respond, Look, You created problem. We didn’t have anything to do with it. So you should be the ones to sacrifice to fix it, not us. The west says, Yes, you are right. We need to give you money to help you set up a green economy.

Now imagine Stephen Harper going back to his racist constituents who would like to bring back lynching for gays and Jamaicans and immigration laws to exclude any brown-skinned people.

He says I lied all along about global climate change. Instead we are going to give billions to India, Pakistan, China and Africa to jump start their green economies to compete fairly with us. Further, we are going to leave the oil sands is the ground. It is just too damaging to extract and burn it any more.

What would the populace do? They not know what to think other than the man was surely a bald faced liar (before or after or both). They would turf him out. For an egotist who cares more for his personal power more than the continued existence of his country, would refuse to present the deal. Other world leaders share the same character flaw.

The military plan well ahead, perhaps 40 years. The militaries of the world were among the first to take climate change seriously and work out the military ramifications. They could see the food wars and water wars brought on by climate change. They worked out just what parts of the world would be least and most effected. The scenarios are nightmarish, explained in military historian Gywnne Dyer’s Climate Wars.

The military has the best super computers to double check the climate models. The militaries have remained quiet for to avoid creating panic and because it is their nature to keep secrets. So they have not said much to debunk the climate change deniers. The British Military has published the DCDC Global Stragetic Trends Programme 2007-2036 which explains the projected military effects of climate change.

Solastalgia is the distress people feel when they see the local environment crumbling around them, through such things as climate change or mining. You can’t help but think about the ramifications of climate change on yourself, your family, your town and all the beautiful places on earth you have visited or seen in films. It is much more unpleasant to contemplate than the fact your ex will never speak to you again, or that you personally will wither and die. Climate change is the hideous destruction of everything you love and hideous deaths by starvation, war and societal collapse of the people who will still be living in 2035. Most people cannot think seriously about the consequences of climate change without becoming almost suicidally depressed. People latch onto even the most absurd claims of the climate change deniers to push their worries underground.

On the other paw, Australia has had no rain since 2003. This is a much longer drought than usual. It could well be Australia is now like Iraq that has not had rain in thousands of years. This early taste of what is to come, with raging fires and drought gave Australia a wakeup call. Australia was a hot bed of climate change denial. Now they are on the forefront of tackling it.

TSTL (Too Stupid To Live)

In evolution many are called but few are chosen for continued evolution. Mankind has been presented with a relatively simple problem with global climate change:

We humans are simply not up to the task. We can’t overcome petty competitive self interest even when it means our extinction. We are literally TSTL. We evolved too quickly. We are such an infantile species addicted to wishful thinking, especially that supernatural help will arrive at the last minute no rescue us if we merely act helpless.

It is already too late to avoid serious repercussions of climate change, however, we can still ameliorate the consequences so they won’t be quite so awful. However, mankind’s predeliction to play ostrich when presented with drastic problems will almost certainly prevent us from acting before it is too late to prevent a runaway greenhouse effect. Basically, we’re screwed and we have nobody to blame but ourselves.
Carbon emissions per capita
ClimateRealiltyProject.org
Coal extinction calculator: how long will the coal last?
Coda electric car
global warming
Global warming cartoons
Greenpeace
Kyoto
Marlo Lewis Jr.: skeptic who posed as an expert on global warming on Oprah, who has no scientific training of any kind
Naomi Oreskes’ brief history of climate change