People buy their parents expensive gifts and the parents soon forget them. I gave my parents gifts that cost me nothing and they appreciated them more than any other gift I ever gave. My Mom showed it to all her friends who came to visit for years afterward. My Dad died of a brain tumor. He disposed of all his belongings in preparation for death. He kept only one thing with him right through to his death — my gift. 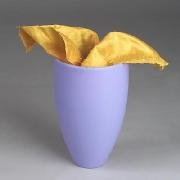 I had a lot of resentment against my Mom. Kris Nevius, one of Living Love trainers, told me that I had to learn to love everyone unconditionally, which included my mother.

Circa 1978, I sat down at a word processor and wrote little paragraphs about the things my Mom did for me that were kind. At first, I had trouble thinking of things, but then as I worked, memories came flooding back. She made chocolate chip cookies. She took gangs of kids (as many as could possibly squeeze into her little Hillman car) to the beach. She made delicious runny pies from the berries we collected. She made elaborate decorations for our birthday and Halloween parties. She made us costumes for school plays. When we were little she would tell us stories and read to us. She would let us make a dreadful mess in the kitchen learning to cook. She would make us oranges with cocoanut sprinkles to serve as refreshments at the little plays we put on.

She would make everyone laugh when people came over. She prepared elaborate feasts for Thanksgiving and Christmas. You could not move there was so much delicious food. She experimented in her cooking. Food never tasted the same twice.

She preached high ethical values. She started the Free Food Stall, the first food bank in North America. That was an example to all of us that we have a responsibility to everyone, not just our immediate family.

She bought us many encyclopedias and books. She would make friends with people whom others shunned. She let us keep rabbits, dogs, fish, turtles, parakeets… She let me grow pumpkins. I watched the process of the buds forming flowers, the bees pollinating, then the green bulbs, then pumpkins, then the squishing slimy seeds inside the pumpkins, then the smell of candle-burning Jack-O-Lantern, then the decay and compost heap. She let us play in her vegetable garden, yanking up carrots and eating them sweet with the dirt still on, popping peas with our fingers, chewing the cool wet corn, staining our faces red with strawberries and raspberries.

She cross-stitched a large panel of ducks as she was pregnant with my sister Daphne. She did not bawl me out when she caught me playing doctor, except once, when I had dropped cardboard boxes on a terrified little boy’s head in a vain attempt to get him to play, when he had complained to his mother. My Mom would invite my mentally-ill Uncle Roly to festivities like Christmas. She taught us to be tolerant of highly unusual behaviour.

When my puppy Jet was dying of distemper, I was too squeamish to look after him. Even though she did not like black labradors, she looked after him until he died. She taught us not to be afraid to be different. She showed us that mauve, too, was a beautiful colour, even though it was not currently fashionable.

When I started, I thought I would have a tough time coming up with even a handful of things. However, as I wrote, pleasant memories came flooding back and I had plenty of material.

I then printed this out and cut the paragraphs into separate strips. I then bought a jar and put the hundred or so slips into it.

Mom right up to her death, when she was feeling down, would pull out one of the slips at random. She replaced the jar with a finer vase of Venetian glass. It turned our relationship around. Prior to that, she never felt appreciated for any of the good things she had done. 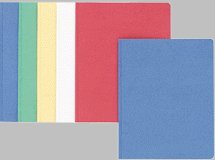 Seeing what a hit my gift had been with Mom, I made a similar one for Dad. The strips seemed a little hokey for him, so I just left it as an essay and put it in a red Duo-Tang folder.

I talked about the green wooden boat my Dad carved for me as a child, how he built us a sled, how he let me play with his soldering iron and electric drill while I was only three, (a very responsible three). He let me use the gas lawn mower at age 5. He did not baby me the way other Dads did. He trusted me to behave responsibly. I did not betray his trust.

He built us a play house. I drilled holes in the roof and inserted nails then strung many feet of fine copper wire, imagining I was electrifying the entire community. He never interfered or mocked me. He just asked what I was doing. He took us on camping trips all over British Columbia. On those trips he relaxed the rules against chewing gum and drinking pop. By far the most important, he was always scrupulously fair and unbiased in his discipline. He let me help build brick walls and build our garage, which included splitting the shakes. He let was patient and encouraging as I learned new skills such as painting, driving, wiring, soldering, bicycle riding and skating.

He took us on boat trips each Saturday all around Howe sound. He would let me bring new friends to help cement the relationship. He went without any personal luxuries to pay for store-bought hamburgers for us kids. He taught us about the history of BC and the gold rush. He let us demolish his prized collection of Short Wave Radio cards to salvage foreign postage stamps. He put up with me practising trombone and piano every morning from 6AM to 8AM. I never could seem to get the knack of it.

He told me endless improvised bedtime stories and read thousands more. One day he said that he had run out of story ideas and presented me with a 12-volume set of stories and legends to read for myself from now on. The volumes were bound in a spectrum of green and blue running from nursery rhymes in light green bindings on to fairy tales in dark green, then light blue for legends to dark blue for the most advanced reading. This introduced me to Russian, German, Norse and Greek mythology.

He would answer questions by the hour. Sometimes when I could not think of a new question to ask, I would ask one of my old ones, just to keep the conversation going. He never complained.

He never belittled my ideas. He treated me from the time I could talk as an intellectual equal.

My Dad belonged to the Optimists club. One time they made a bet that a man, it might have been Alex Urquhart, could learn to play the piano in six months. The six months past and he was still incapable. Dad rented a tape recorder, an almost unknown novelty at the time and persuaded my great Aunt Clary to record some pieces on her piano. At the next meeting, the man sat down to show off his newly learned skills. Everyone gasped in awe at his amazing dexterity. He then got up to take a bow and the music continued playing. Everyone burst into laughter.

I remember this story because Dad brought the strange machine home and put the microphone on a top of plate of baked potato skins in the middle of the dinner table. My sister Char and I had no idea what the machine was for. It was so intriguing to hear this unfamiliar little voice saying things that I recalled saying. He then let us play with the tape recorder for a few days.

When I came out publicly both my Dad and I were very well-known thoughout BC Hydro, the local electric power utility. He bravely shouldered the snide remarks as a side effect of my gay lib activities.

Doing Dad’s essay was easier since I had much less resentment.

If there is only one thing I ever accomplish in this lifetime, I hope to convince a few others to prepare similar gifts for their parents. I so far talked only a few others into doing it. I find they are often willing to compose the essays, but are reluctant to show it to their parents, fearing perhaps it will create too much overwhelming closeness. That is not what happens. Parents no longer need to cling once they feel acknowledged.

One woman said she was afraid to hand it over because such strong acknowledgement seemed too final, as if it meant that she expected her mother to die soon. If that is your reason for holding back, give her some of it, now.

Do it now before you forget any more of the good things they did for you. Do it right now!

I sent the idea to Ann Landers. She, or more likely her staff, decided not to publish it. On 2008-11-26, Oprah presented a number of variations on the idea, including the creation of inspired containers. She did not specifically mention sending appreciations to parents, the most powerful form. I foolishly neglected to send the idea to her, or it might have seen the light much sooner.

Please try this, then convince your friends to do likewise. What parents want more than anything else is to be appreciated. Though this gift is most powerful with parents, you can give this gift of appreciation to anyone. I guarantee this will work at least ten times better than your most optimistic expectation. It like a form of magic. Just reading about it won’t do anything at all. You have to do it. Take my basic idea and make it yours.

So often in our culture compliments are perfunctory and phony. This is something quite different. You can’t compose these essays without crying your eyes out.

The gift transforms both the giver and receiver.