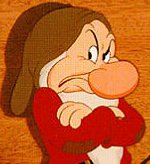 Peeves are personal irritations out of proportion to the provocation. Here are mine.